8 Tips That Marketers Can Take From Recent Video Trends

The popularity of video content has become very evident recently. Believe it or not, video has been one of the most powerful communication channels for years – it can be hard to keep up with.

In order to gain maximum engagement with video, marketers need to know what works and what doesn’t.

Read on to discover 8 video trends that you simply can’t ignore in preparation for your next campaign.

What works best in the world of video today?

Did you know that 56% of videos created by businesses all around the globe are under two minutes in length? Shorter videos mean higher completion rates, and videos that are below 90 seconds are far more likely to be watched from start to finish.

Whilst on mobile, very few people will have the time to sit and watch a lengthy video, nor will they want too. Users are going to be searching for entertaining content which is easy to digest. If you are creating video optimized for mobile, then you will grasp the attention of audiences in a way that long articles simply cannot.

Bulldog have recently started a video series, Behind The Bulldog, and have been pushing it over the past few months. From taking video trends into consideration, we have been able to create content that is perfectly suited for our ever-growing audience!

In a recent study, it has been found that videos engage with people the most over other forms of content. However, it doesn’t stop there. Live video has been extremely popular since its release and is set to grow even further in importance.

Since its launch in 2016, live video has been capturing the attention of users all over the world, giving them something a bit out-of-the-ordinary to watch. On Facebook, in particular, live videos were watched 3x more than pre-recorded content – proving that people want to watch things in real-time rather than from an archive.

With live video generating up to 10x more engagement than traditional content, now is the time to start exploring its wonders.

With the release of hi-tech gadgets becoming the norm each year, content needs to keep up with some of the smartest devices around. The IoT is forever changing the way we search for stuff online, making the internet smarter than ever before.

Take voice search, for example. Apple’s Siri once started as a simple speak-and-answer platform and has now become a part of everyday life when a quick solution is needed. Not to mention that Amazon’s Alexa is also increasing in popularity, providing the same call-and-response mechanism. Users no longer need to type in queries online; it’s all through the power of voice.

With this in mind, it’s becoming very clear that marketers need to ensure that their content is audio-friendly as the IoT is soon going to leave written content behind.

‘Stories’ were originally released as an idea by Snapchat and are essentially short snippets of user-content that are only available for a certain amount of time – usually 10 seconds each.

Nowadays, they’re pretty hard to escape considering both Facebook and Instagram have joined in on the fun, too. When it comes to figuring out which platform will be best to utilize stories on, the answer is pretty simple.

Although not the original founder of stories, Instagram has grasped them with both hands and now has over 250 million active users each and every day. This has stomped right over Snapchat which has around 173 million users (and decreasing).

With YouTube soon releasing their very own version of stories and naming them ‘Reels’, it’s looking like this form of video has only just begun. It’s recommended to start practicing on Instagram – prepare yourself for the wave of YouTube Reels.

As you are starting to learn, videos are great and so is audio. However, a huge 85% of videos are actually watched with the audio off, meaning you have a major thing to consider when creating video.

Enabling transcription on your video means that users can still understand what is going on without sound; not a single thing will be missed. This is also perfect for those who have hearing impairments.

Transcribing means that your video can be reached to any audience. The more views, the better!

Not all methods are going extinct, and one that remains perfectly intact is explainer videos. When someone is in need of instructions or advice, the chances of them heading to the internet are pretty high.

Explainer videos can be created in a huge variety of ways, giving the producer full control over how they want to portray whatever is being explained. Take a look at this explainer video created by my agency Bulldog Digital Media, for example:

As you can see, this video explains how infographics can impact your digital marketing campaign through a simple voice-over and a montage of specialists creating what is being spoken about. Short, yet straight to the point!

It is still very early days for 360° video, but there is no denying that they don’t feel like a step into the future. Although they don’t have a very high view-rate at the moment, the click-through rate they receive is far higher compared to the traditional video.

It sparks an interest. 360° videos definitely aren’t suitable for every campaign, but if you are looking to give viewers an insight into a world they haven’t explored before, they’re perfect. If being innovative is something your brand strives upon, give 360° video a go.

Since the rise in the use of mobile, many platforms have begun to realize that content needs to be made to fit smaller screens. The transition from landscape to square (1:1) videos has occurred very recently and has provided excellent results.

Since editing creative guidelines, Facebook has found that there has been a 67% increase in videos being watched to completion. When a video takes up more of the screen, it is far more likely to grab attention. This is really something to consider if you’re running a paid search campaign and looking to get the highest conversion rate.

So, there you go! These are the 8 most important factors of recent video trends that you should be keeping an eye on and taking into consideration.

Stay one step ahead of the game with these tips and you’ll be sure to create a video campaign that’ll stand out amongst the rest. Enjoy filming! 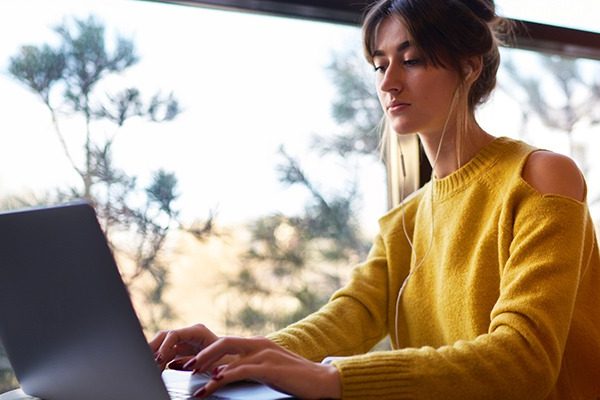